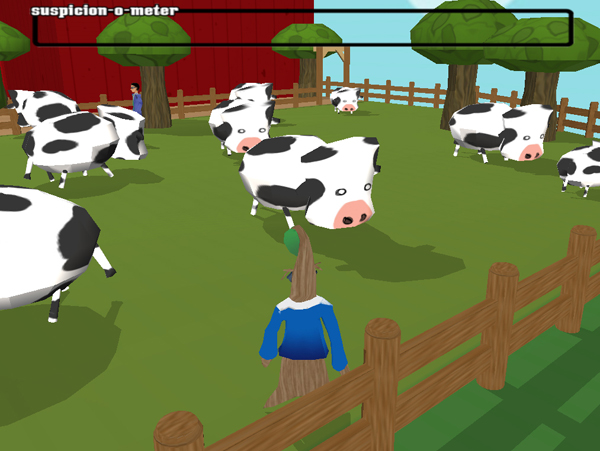 Nothing is less suspicious than a dancing tree wearing a suit.

Sneak past guards in 5 levels to locate each of the bosses. Get caught by the guards and you'll have to lower suspicion by finding a safe zone and playing the suspicion mini-game. Along the way you can interact with the animals and talk with the gnomes. Once you find the boss, you face off in a dance-off mini-game. You must convince each boss to stop harming the environment by showing them your best poses! 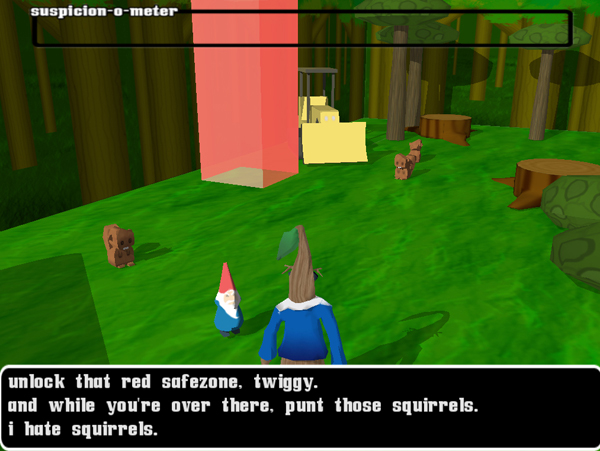 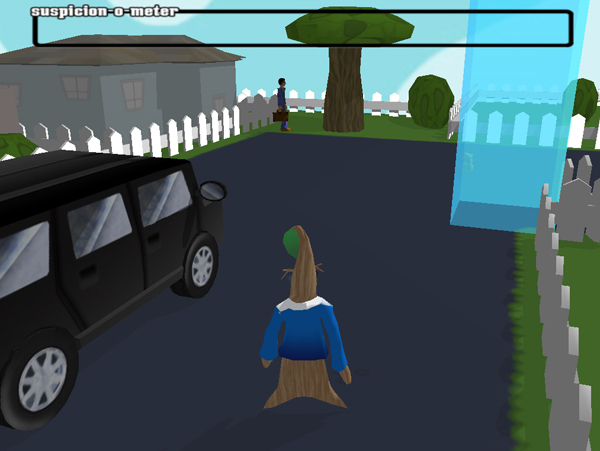 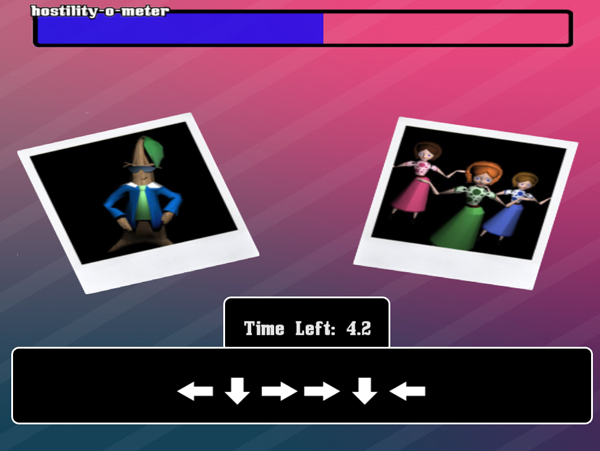