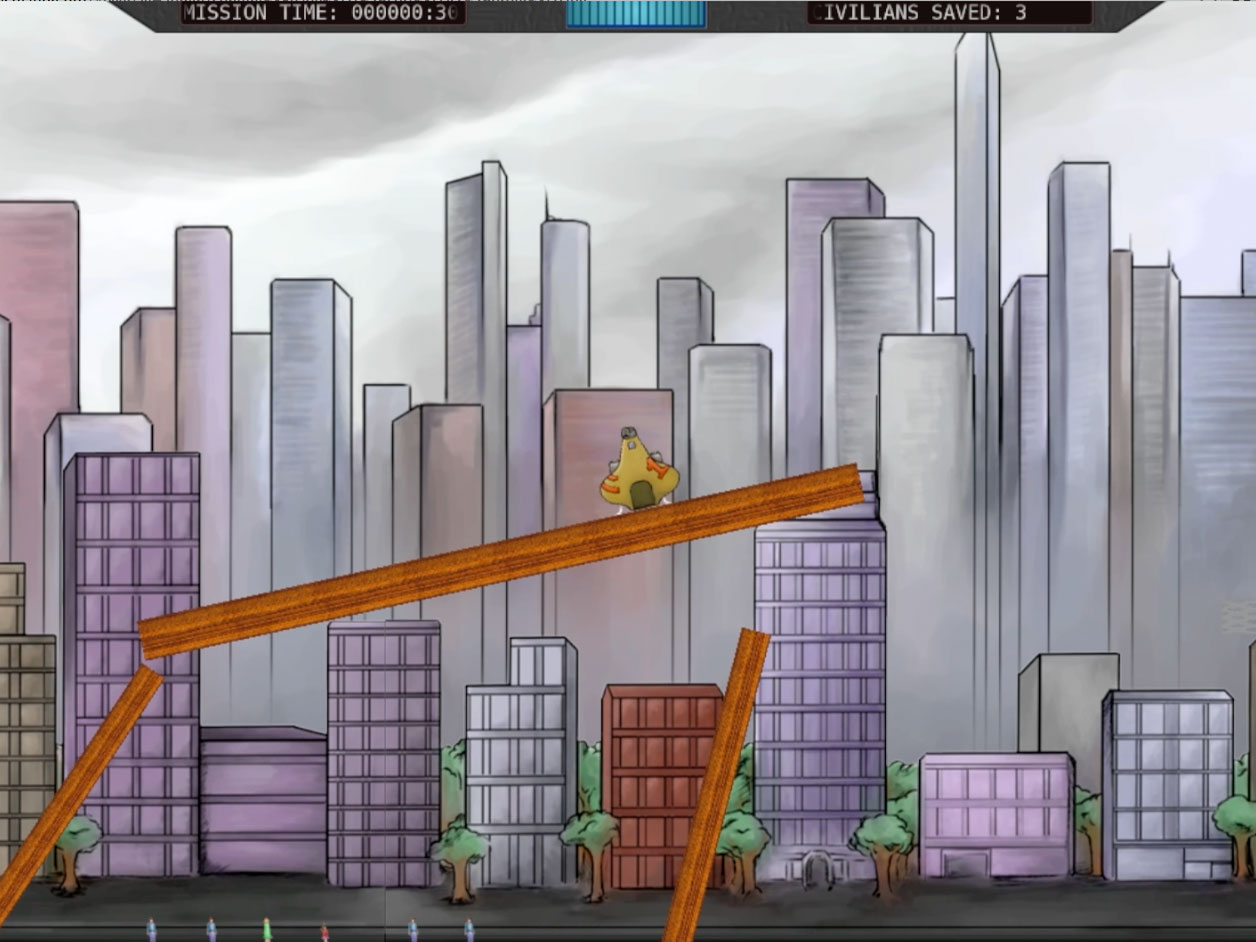 Your planet is under overwhelming alien attack, leaving no choice but to evacuate the entire population or face certain annihilation.

Take on the role of a rescue craft and save as many lives as possible from destruction at the hands of the merciless alien invaders.