You are a lone survivor in some post-apocalyptic nightmare where everyone else has turned into some hideous blob monster. Stranded at a gas station with nothing more than two sidearms, you must fight to survive.

Monster Shroud is an experimental game prototype that uses the Kinect and Wiimote to control a character in first person shooter style. Instead of the traditional control scheme using keyboard and mouse or a gamepad, the player controls the character by actually moving his or her body, tracked by Kinect. As this game is purely experimental, there are plenty of things still left to work out, such as accuracy, jitter removal, and movement. 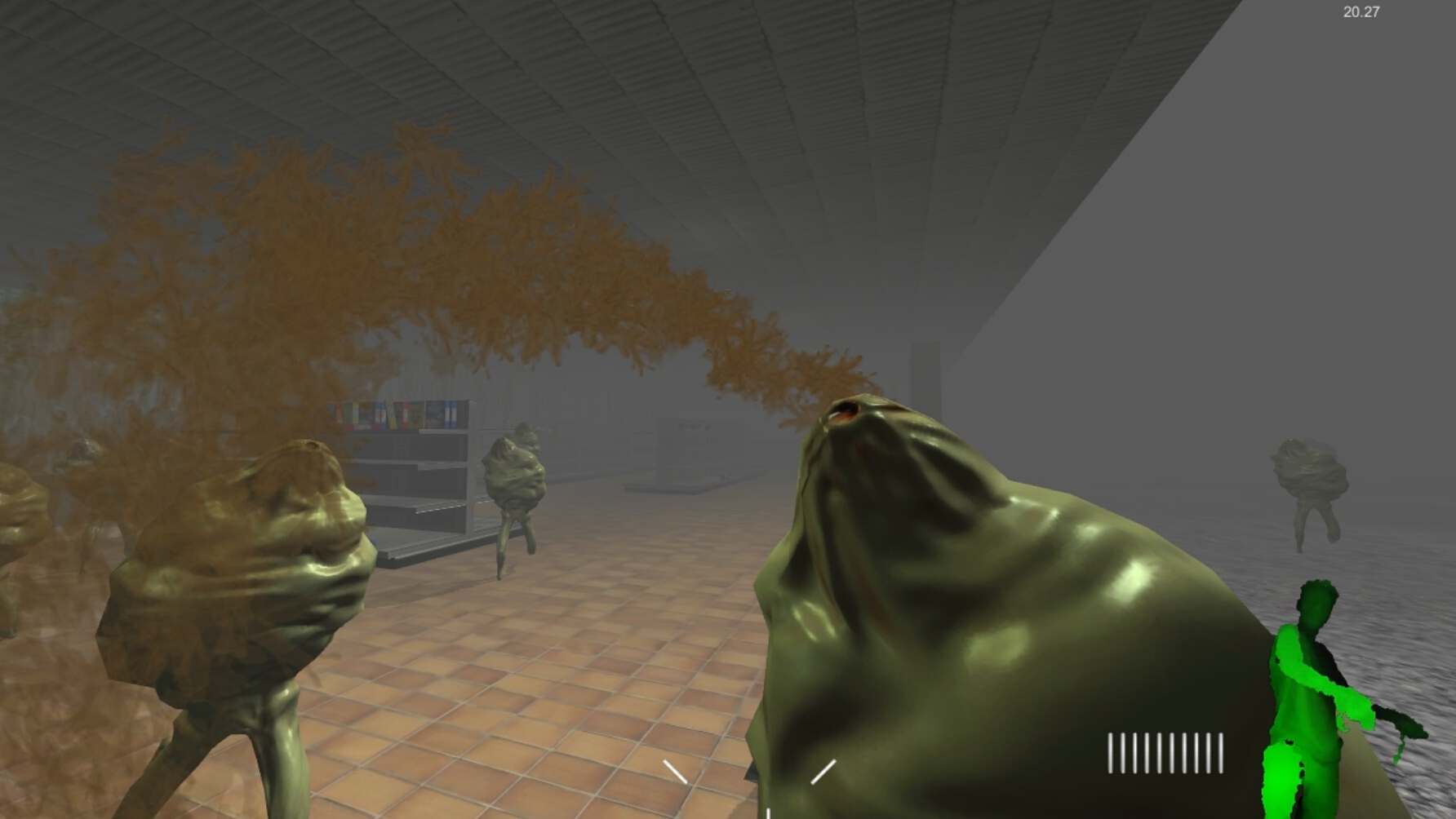 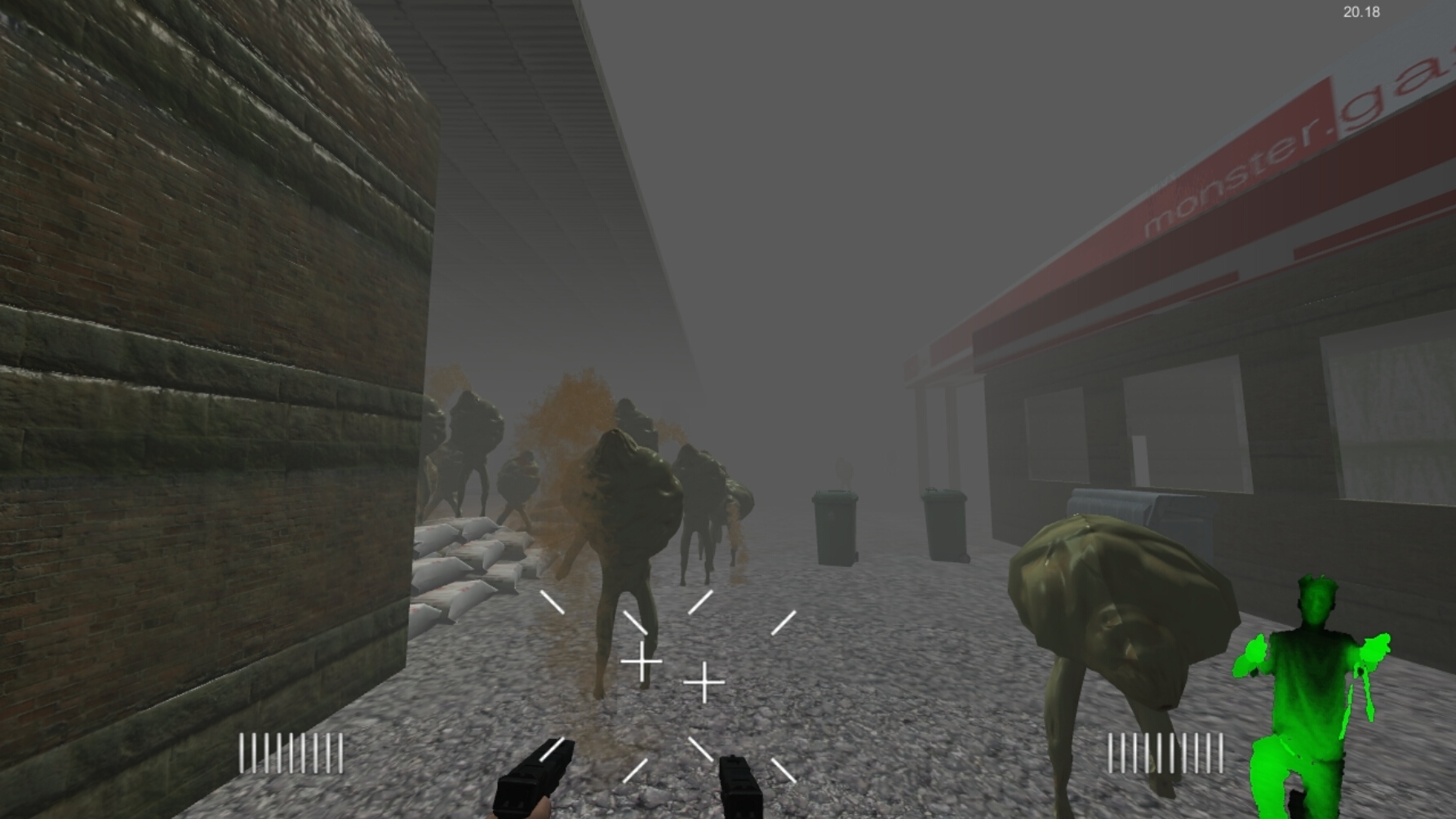 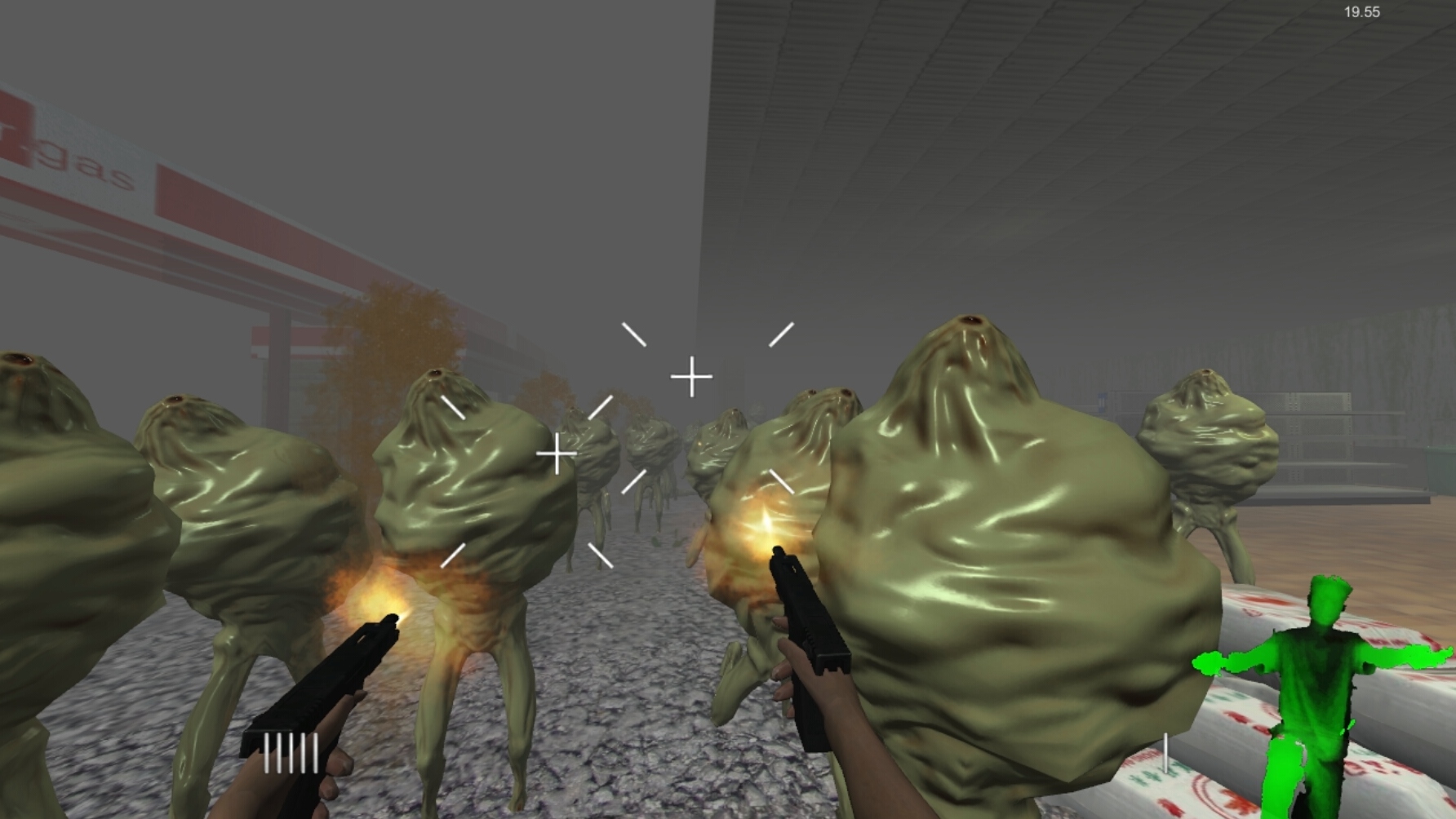